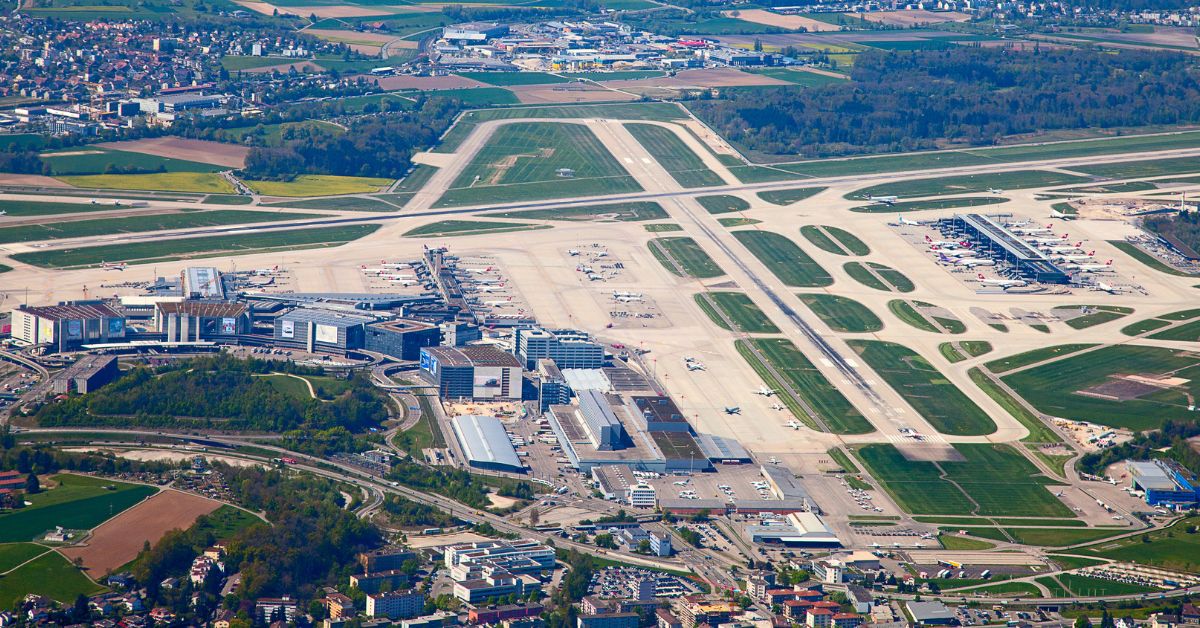 Zurich is the leading banking and financial center of Europe, and the leading tourist destination from Asia and the Middle-east. The Construction of Zurich airport was started in 1945 soon after the Swiss government realized that It needed a significant airport to handle the travel and tourism. Zurich airport is located about 8 miles north of central Zurich in Canton Zurich. Zurich Airport is well connected to the rest of Switzerland via the Main station with train schedules to almost all of Europe. A modern airport with which serves the general aviation and the Airlines alike has served Millions of passengers coming to Zurich for banking, shopping, and tourism.

Zurich airport has three terminals. Terminals A, B, E. They’re used to serve and divide the International departures to Non-Schengen and Schengen areas. Terminal E is a stand-alone terminal closer to the runway 28 and runway 14.