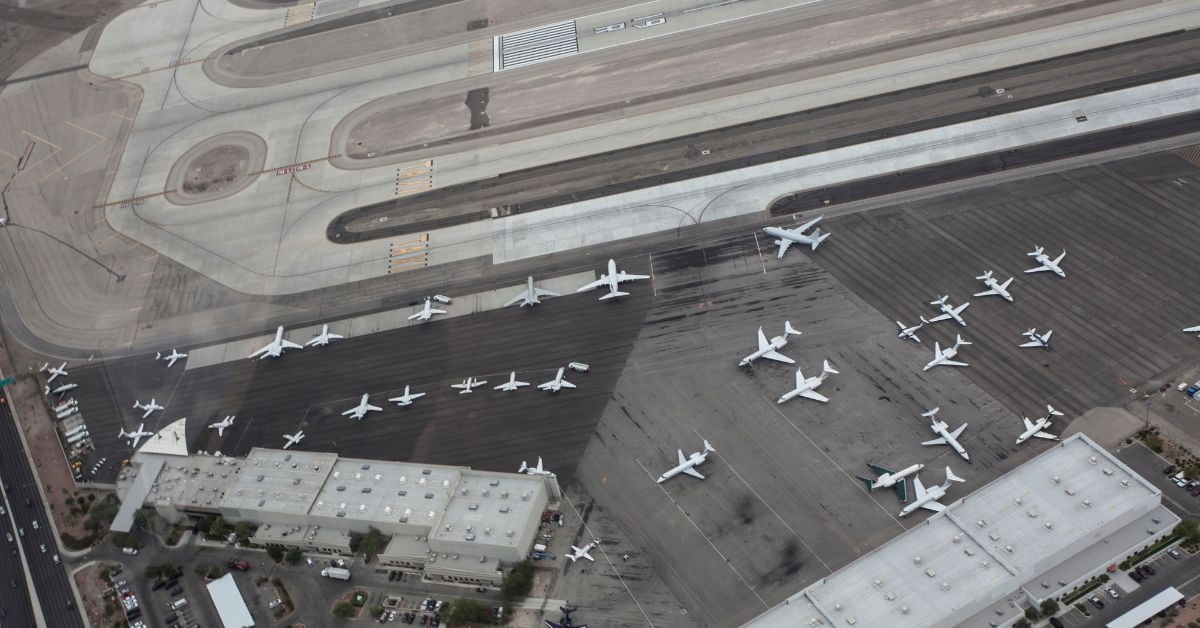 ICAO code KLAS is the main airport for Las Vegas in the state of Nevada. It is based about 5 miles from the Las Vegas downtown. Named after Senator Pat Mccarran who had contributed immensely to the cause of aviation. The airport was opened in 1942 and established primarily for the airlines which started their operations by1948.

KLAS or Las Vegas Mccarran airport has direct flights on various airlines from South America, Asia, and Europe. It is also a base for Allegiant Airlines, Southwest Airlines, Spirit Airlines, and Frontier Airlines.

Las Vegas, Mccarran airport is also one of the busiest airports in the United States for private jet charter traffic from cities like Dallas, Texas, Los Angeles and New York City.

FBO Based out of Las Vegas Mccarran Airport

There are two well know FBO based out of KLAS that provide services for all private aircraft. Namely, Atlantic Aviation and Signature Flight Support. They are both equally capable of providing all necessary services like Jet-Fuel and parking and Maintenance. The FBO ramps are very busy due to multiple conventions and shows that are held in Las Vegas. It is always recommended that the pilots of General aviation aircraft get their parking reserved as far in advance as possible.