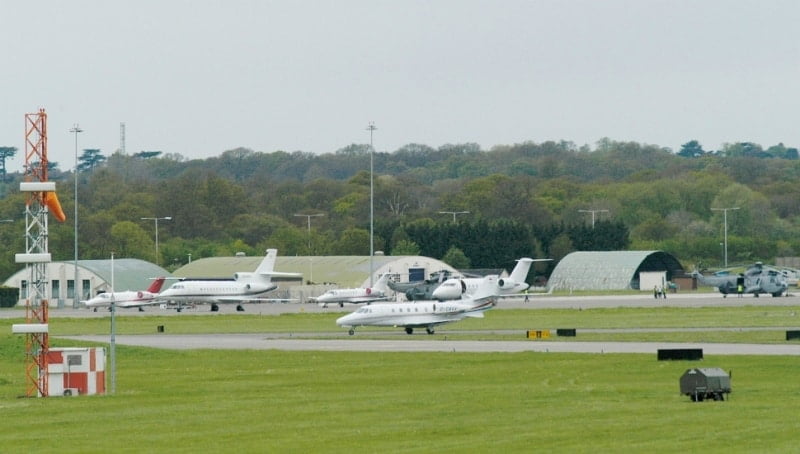 After the onset of the First World War, the British felt it was necessary to protect themselves from aerial ambush around the terrain of Ruislip. The royal air force base Northolt was employed by military men in the Second World War. It proved to be instrumental in the Battle of Britain. While London Heathrow Airport was under construction, RAF Northolt opened its gates to civil aviation in 1946. The airport is only 14 miles away from Central London.

General aviation operations require prior permission, which tends to have an approval window of a day or two. However, emergency air force flights affect schedules because the military is preferred over civilians. The airport is also closed on weekends, so passengers have to navigate the timings carefully. Pets are prohibited unless limited to domestic cats and dogs from four specific countries. Single-engine planes are not allowed to land on the airfield. Although the cap for private jet flights is restricted to 40 daily landings and take-offs, the slots are available easily.