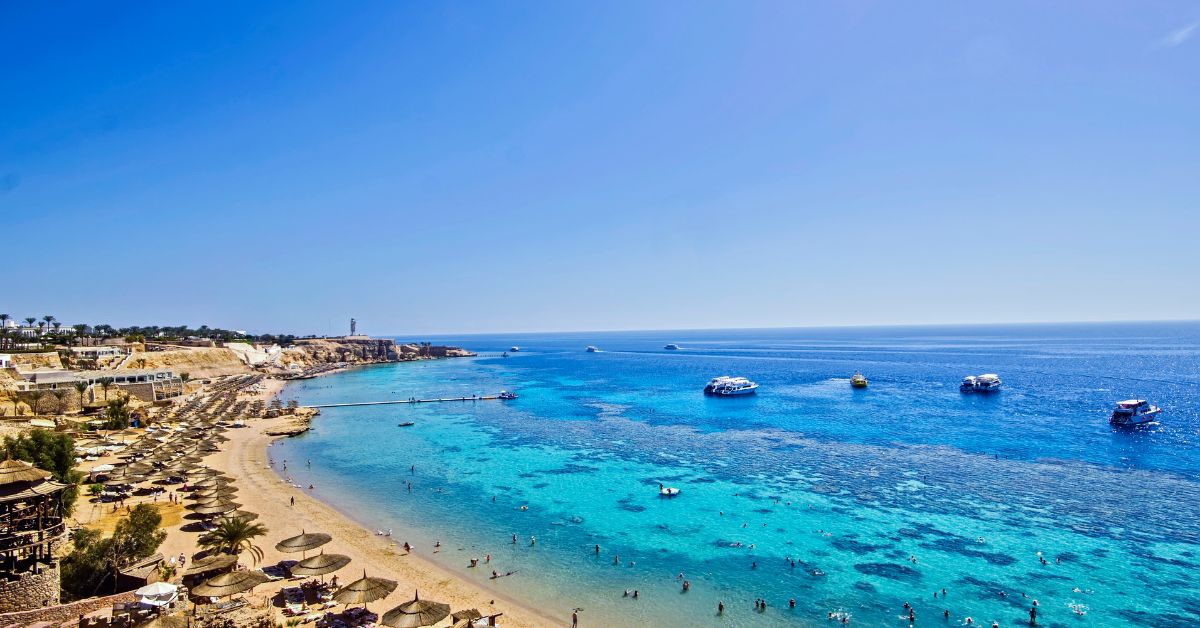 The flight time between Cairo and Sharm is about 50 minutes. One of the most requested private jet charters from the city of Cairo, Icarus Jet, can depart within 2 hours of scheduling a private aircraft to Sharm El Sheikh. The time for departure on a private plane from Cairo to Sharm is dependent upon the availability of the crew and how soon can they beat the traffic and get to the airplane. There are plenty of options offered by Icarus Jet for business aviation flights from Cairo to Sharm El Sheikh.

Our Private Jet charter analyst stands out of the crowd and reduces the private jet charter rates by data analysis of the empty legs available every day from Cairo to Sharm.

Cairo, Egypt, is the most populous city in Egypt, and it severely lacks General aviation facilities. The cost of a private aircraft rate from Cairo to Sharm El Sheikh is around 10,000 USD for a one-way dropoff. Icarus Jet can curate aircraft that fits your needs from a Light Jet to a Super Mid-size or a Mid-size jet. Please call us at +1 888 277 7203 to speak with a Jet charter analyst.

Icarus Jet offers some of the most cost-effective rates on this particular route with the Industry-leading ARGUS and WYVERN audited operators. This safety audit makes the rates lucrative and the safety of the passengers impeccable. Please see some of our jet charter rates from Cairo to Sharm El Sheikh.

A versatile workhorse of the aviation industry with a proven safety record. The King Air is a quiet cabin turboprop, wifi equipped aircraft with seating for eight people.

One of the best aircraft produced by Citation, with a 5-hour range and ample cabin space for eight people it is a widely used light Jet.

This mid-size can seat eight people and comes with a full galley with catering and a flight attendant.

Cairo international airport and Cairo Sphinx Airport offer 24-7 departure and arrival services to the city of Cairo, Egypt. Cairo Sphinx airport is mostly used for General aviation and private aircraft traffic, and it is closer to the 6th of October city and downtown Cairo. Cairo International Airport is closer to Heliopolis, and it is the second busiest airport in all of Africa.

Sharm International airport is the main airport in Sharm El Sheikh, Egypt. The airport is located about 10 KM from the city of Sharm and has two terminals and two runways. It also has a separate ramp and parking area for General aviation aircraft, which are served by Tiger Aviation, ZAS Aviation, and other handlers based out of Sharm El Sheikh.